skip to main | skip to sidebar

Playas del Duque is a luxury complex in the heart of Puerto Banús. Frontline beach and with absolute stunning view to the entrance of Puerto Banus, Gibraltar, the African coast and the Mediterranean Sea.
Apartment in Playas del Duque for sale
300 m2 of roof-terrace and 360 degrees view is unique in this area, but here it is.
Unbeatable!
Real estate agent Flemming kl. 12:47

Villa for sale in Marbella, Spain 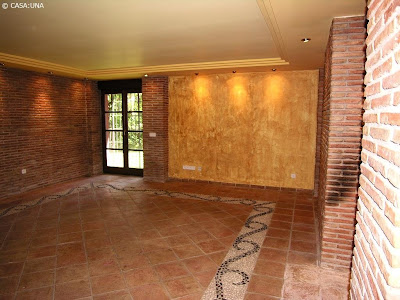 Large luxury apartment in Marbella
South west facing apartment in an elevated position with impressive views over the private golf course and the Mediterranen Sea. The apartment has a large lounge with direct access to the terrace.

The sought after complex is in the heart of the golf valley, and it has with swimming pool and a tropical gardens.

Magna Marbella is one of the spectacular developments in Nueva Andalucia, and it has several high grade golf courses within walking distance, and the Magna Club offer luxury settings for a lunch.

Buying a villa in Marbella in Sterling

Euro - Sterling relationship
Now the American dollar is weak, the English can be happy that the EU membership gives strong financial ties with the Euro. Had the dollar fallen this much 10 years ago, Sterling would have suffered with it 100%. Now Sterling remains strong, even though the dollar is closing at alarmingly low exhange rates.

Buying a property in a different currency can be done in many different ways, mainly depending on which way you think the dollar (and with it the Sterling) will be heading the next many years.

Most people think the dollar will continue it's fall. Maybe that is correct, but for how long?
The war in Iraq has cost a lot for the Americans, and the new president may not be willing to continue such spending. Our guess is that the first task for a new president will be to secure the financial situation in USA. This will mean that the dollar and with it the British Pound will eventually go up again.

The Spanish banks offer mortgages between 70 - 80% of the title deed value. However most English banks present in Spain offer Euro mortgages under conditions similar to those in the United Kingdom.
Real estate agent Flemming kl. 15:59

Apartments for sale in Los Monteros 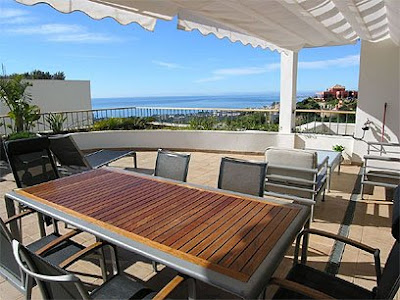 Large penthouse of 186 m2 in one level

This one level penthouse has stunning views. Unspoiled views the the sea, Marbella and the coast line of Africa.

Layout of the apartment 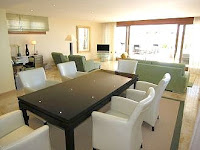 It has 3 large bedrooms, 3 bathrooms, fitted kitchen and total of 80 m2 lounge with direct access to the terrace.
There is plenty of light, as all room has sea views. Good sized community area with pool and surrounding garden. 2 garage spaces and 2 storagerooms

Not only Marbella has luxury villas for sale

Marbella is known for luxury and great properties. It is easy to find villas for sale in Marbella at almost any price between 1 and 5 million euros. Similar properties in other areas can cost half of those in Marbella.

How about a great villa in La Sierrezuela near Fuengirola?
Villa for sale in Sierrezuela, Spain

Marbella is still the best location for a large luxury villa. If you construct a villa in an area not suitable for the price level, it can be quite difficult to sell. Another way is to find a luxury villa for rent in Spain. Not everybody wants to live in the town, and for them we have the right area.


Have you heard about Las Chapas?

Villas for sale in Las Chapas 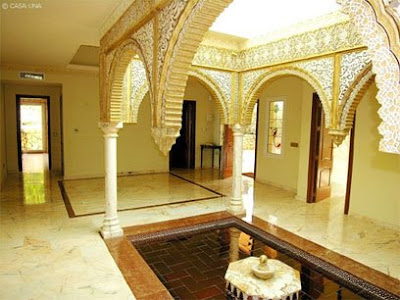 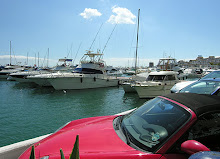 Flemming
Marbella, Andalucia, Spain
CASA:UNA is a real estate agent with lovely villas for sale in Marbella and the area around Marbella, Puerto Banus, Elviria and many more!